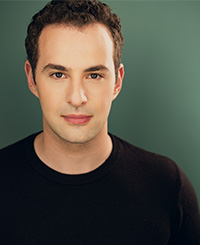 Jordan is humbled to be returning to PCPA after graduation from the conservatory in 2016.

PCPA: Christmas is Here Again, Peter and the Starcatcher, My Fair Lady, Man of LaMancha, Rodgers and Hammerstein’s Cinderella, The Glass Menagerie, Sense and Sensibility