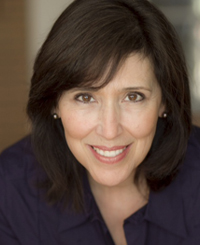 Catalina is a director, actor, and artist educator. She is thrilled to return to PCPA. As an actor, she was part of the summer company for 2006, 2008, and 2010, but is here for the first time as a director. Directing credits include; The Elaborate Entrance of Chad Deity( co-director), Maricela de la Luz Lights Up the Sky, The Monica Project, “X” Marks the Spot, and the UCSD - ULMSP Monologue Series. Assistant directing credits include; Oedipus El Rey, Reasons To Be Pretty, Bandíto, La Pastorela Magíca, and Hemingway, to name a few. She has worked at theatres across the country, which include The Mark Taper Theatre, Yale REP, Denver Theatre Center, TheatreWorks, Children's Theatre Minneapolis, Arizona Theatre Co, Cygnet Theatre, La Jolla Playhouse, New Village Arts, Old Globe Theatre, North Coast REP, and the San Diego REP. She was a company member with iON Theatre for eight years, which premiered Sea of Souls at the Peter J. Sharp Theatre in New York City.

Catalina is a proud recipient of California Arts Council/AIS, Department of Cultural Affairs, and NEA grants, a Thurgood Marshall Artist in Residency at UCSD (2015-2016), and a two-time recipient of the Craig Noel Critics Circle Award for acting. She is also a Learning Specialist in Narrative Medicine at the University of California San Diego for the UniversityLink Medical Science Program.